The economy: Gota’s enemy No. 1

by lankanews
To defeat the number one enemy, military and its weapons are useless. The priestly segment that is advising Gota is a burden to society, and to use a Marxian terminology, it is part of a class of social parasites    All good things must come to an end. Gota’s victory over LTTE and limited victory over... Read More 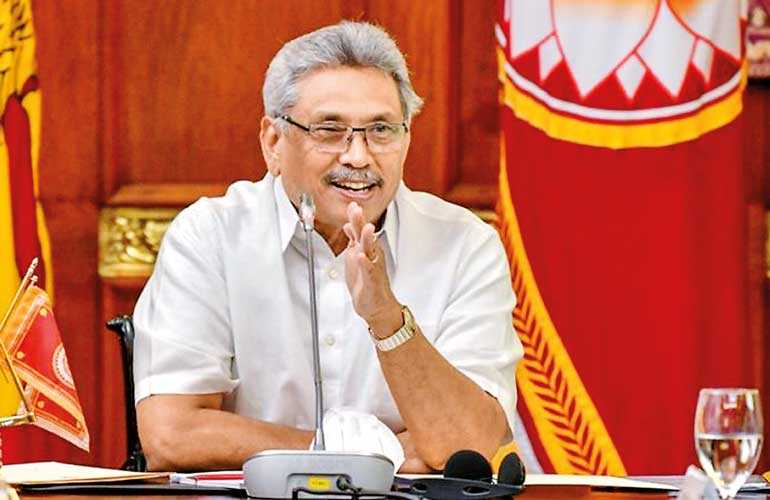 To defeat the number one enemy, military and its weapons are useless. The priestly segment that is advising Gota is a burden to society, and to use a Marxian terminology, it is part of a class of social parasites

All good things must come to an end. Gota’s victory over LTTE and limited victory over COVID-19 are fast turning into just sweet but distant memories.

A new enemy and one about whom Gota and his power cartel has very limited knowledge, and with no effective weapons to fight with, is threatening to drown him, his regime and the country into the sea of economic scarcity, hunger, malnutrition, starvation and even death. It is pointless to fight an election and grasp more power when the economic edifice is crumbling.

True, this enemy No. 1 is not the creation of Gota but came from outside along with COVID-19. Coronavirus hit mostly the elderly, but the economic virus is hitting every one. With an expected fall of 4.9% in global GDP over the next two years, which is equivalent to $ 12 trillion, according to IMF’s revised forecast, every country except China is in trouble. China’s expected growth of 1% however, should also be accepted with caution, because that country has a history of massaging data for ideological and political reasons.

GDP of mighty US is expected to decline by 8%, neighbouring India by 4.5% and Japan by 5.8%. Although the fall is the lowest for emerging economies in Asia, even they will remain stagnant for at least another two years. By the second quarter of this year, almost 300 million jobs have been wiped out. In short, the world is experiencing the worst economic recession ever. Given this gloomy scenario what chance does tiny Sri Lanka have to swim against the tide?

The question is what should be done at least to minimise the pain? It is foolish to depend on the Central Bank to pull out a magic. Because, the problem is not in the monetary arena, but in the market arena. Every country in the world has gone to the printing machine as a first resort, and economies are flooded with liquidity.

The conservative Central Bank has also done the same, yielding to pressure from the Presidency. Without increasing supply in the commodity market more and more liquidity can only lead to hyper-inflation. That will be worse than the cure.

Government is now turning to the fiscal side and tightening the screws. Gopinath, the Chief Economist of IMF advises, “Countries will need sound fiscal frameworks for medium-term consolidation, through cutting back wasteful spending, widening tax base, minimising tax avoidance and greater progressivity in taxation in some countries.” Is that enough for Sri Lanka? This fiscal tightening in the midst of scarcities will be a killer to ordinary consumers, because of rising prices and increase in cost of living. As consumer spending falls, businesses will suffer, unemployment will increase, household income will fall, and government revenue collection will fall. It is going to be a vicious circle.

This is why supply side needs a boost at any cost. It will take at least another two to three years, if not longer, for the external market to reach its pre-corona capacity.  With limited room for exports, supply side must target the domestic market. If domestic production and businesses can survive for the next three years by managing to recover at least their variable cost, fixed cost will be kept safe to work overtime when the tide turns favourably later.

Therefore every impediment that blocks full expansion of the domestic market must be removed. This is entirely in the hands of Gota, and not in the hands of the Central Bank or Treasury.

In several of my earlier pieces I have emphasised the point that economic recovery should be a collective effort involving every community in the country. Any policy or measure that keeps communities divided and disunited is a criminal offence against the economy and the country. This is lesson number one that should be learnt from the experience of 1970s.

There are influential segments advising and supporting the President that do not want this unity.

Those elements consider that certain communities are dispensable and therefore could be dispossessed.

It was on that basis for example, they were urging Gota to appoint in a hurry a Task Force for Heritage Management, which immediately went into dispossessing lands from Muslim farmers in Pottuvil, in the name of archaeological excavations to preserve Buddhist ruins. Is this the priority of the nation today?

To defeat the number one enemy, military and its weapons are useless. The priestly segment that is advising Gota is a burden to society, and to use a Marxian terminology, it is part of a class of social parasites. Religion does not feed, clothe and shelter people, it does not create productive employment. On the other hand, the priestly class lives and thrives on society’s economic output and income. The crying need of the time therefore is economic survival, and any impediment that disrupts economic output in any part of the country by any section of the population must be removed forthwith. This is a fundamental truth that the regime must understand. Unfortunately, the heat of an election is accentuating disunity and obstructing recovery efforts.

(The writer is attached to the School of Business and Governance, Murdoch University, Western Australia.)

The land of alley cats, donkeys and chameleons: Who will we elect?
Previous Post
Sri Lanka remittances down 23-pct in May but up from April