by lankanews
The choice is nigh. Choose wisely – Pic by Shehan Gunasekara   Patrimonialism: “A form of governance in which all power flows directly from a leader. These regimes are autocratic or oligarchic and exclude the lower, middle and upper classes from power.” If you can’t understand how someone like Trump can garner so much support,... Read More 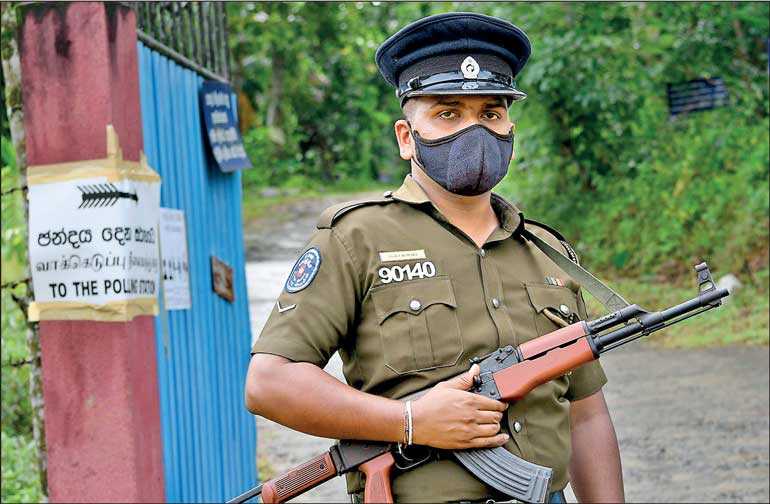 The choice is nigh. Choose wisely – Pic by Shehan Gunasekara

Patrimonialism: “A form of governance in which all power flows directly from a leader. These regimes are autocratic or oligarchic and exclude the lower, middle and upper classes from power.”

If you can’t understand how someone like Trump can garner so much support, you probably have some misconceptions about how political salesmanship works.  Let us take a look at political rhetoric from the perspectives of two giants of the Western intellectual tradition, Socrates and Sigmund Freud.

Socrates likens political rhetoric to junk food.  Politicians, he claims, are more like pastry chefs than they are like physicians. They cook up sweet illusions rather than serving the public good.

“Pastry baking has put on the mask of medicine,” he remarks, “and pretends to know the foods that are best for the body, so that if a pastry baker and a doctor had to compete in front of children, or in front of men just as foolish as children, to determine which of the two had expert knowledge of good food and bad, it is a known fact that the doctor would die of starvation.

So what is the criterion that we should use to elect people to the Legislature?

If we are under the impression that education alone is supposed to increase political knowledge and provide a better understanding of the political system and their importance of participating in the system, then we have a think coming.

Consider Martin Heidegger and Gottlob Frege, the two most influential philosophers of the twentieth century, who were among the most intelligent, highly educated, and reflective people around at the time.

Martin Heidegger, German philosopher, counted among the main exponents of existentialism. His groundbreaking work in ontology (the philosophical study of being, or existence) and Metaphysics determined the course of 20th-century philosophy on the European continent; and Friedrich Ludwig Gottlob Frege was a German philosopher, logician, and mathematics professor at the University of Jena, and is understood by many to be the father of analytic philosophy, concentrating on the philosophy of language, logic, and mathematics.

What should be noted here is that both the celebrities were also ardent fans of Adolf Hitler—as were many other European intellectuals.  Moreover, many prominent Nazis were highly educated.  Hitler’s propaganda minister Josef Goebbels had a Ph.D. (in literature) from the University of Heidelberg, and eight of the sixteen men sitting around the table at the 1942 Wannsee Conference, where the horrific fate of Europe’s Jews was sealed, possessed doctoral degrees.

There is no dearth of such “intellectuals” in our country too.

These examples make clear, neither education nor intelligence safeguard one against the corrosive effects of political illusions.

In the remark attributed to the British Prime Minister Lord Melbourne: “What all the wise men promised has not happened, and what all the damned fools said would happen has come to pass.” Of course there are also plenty of cases where the opposite is true and informed opinion is correct and popular sentiment wrong. The point is that there is no general tendency for the opinions or decisions of the intelligent to be any better than those of the less intelligent.

Some of our politically oriented “intellectuals” are hell bent on trying to inculcate a potent moral influence in us and want us to believe that our politicians will deliver us from our own worst nightmares. The people who believe in them seem gradually to lose their individuality and to become fused into a not very intelligent but immensely powerful political monstrosity.

We are talking about politicians, government officials, semi-officials, or volunteers for political parties, about mayors, prime ministers, presidents or any ruler; they are all, supposed to have at least one thing in common: in that, they are ministers in the Latin sense of the word, which means “servants”.

They are chosen, appointed, or elected to serve the people, society, or their community. As Tony Blair said to his campaign team after he first won the UK national elections, “The people are the masters. We are the servants of the people. We will never forget that.

Does it happen? Is it what we all see? The servants suddenly become our masters.

Their reputation is very poor – The “servants” suddenly turned masters to an inadequate job of managing their reputations and they tend to focus their energies on handling the threats to their reputations that have already surfaced. This is crisis management.  They are pretentions and ostentatious; always, pretending to be something or someone he or she is not; and at the same time, delights in flaunting who they are or what they have – speaking of oneself with much pride and self-indulgence.

So if you want an intrinsically confident person to publically represent your political party or your constituency, an intelligent person would be a bad choice in many ways. This can backfire though; studies have shown that when a confident person is shown to be wrong/lying, they are then considered far less reliable or trustworthy than an unconfident person. This may explain the negative image of politics, which is mostly a series of confident individuals making big promises and failing miserably to keep them. That sort of thing really puts people off.

In fairness, it would be foolish to assume that all politicians are idiots, although individual definition of an “idiot” may vary. If they were, the whole infrastructure would collapse.   Still, everyone assumes they’re despicable, so always assume the worst.

Like any other apparatus, the administrative personnel that constitutes the external form of the political ruling apparatus are not just bound in their obedience to the ruling powers by the idea of legitimacy or their dedication to the country and its people. It is, in effect, bound equally by two other factors that appeal to personal interest: material reward and social prestige.

Socrates describes politicians as having a knack for flattery.

The fiefs of vassals, individuals who owe allegiance and service to a powerful authority as well as the livings granted to patrimonial officials, vis-à-vis officials exhibiting shameless vassalage to patrimonialism, the salaries of modern civil servants, the privileges of conferring state lands, the status and power hashed out to official – these are the rewards, and it is the fear of losing such privileges, advantages and immunity that cements the ultimate and decisive foundation of the solidarity that exists between the administrative personnel and the ruling powers.

The same thing holds true for charismatic leadership: glory in war and booty for the military, while the followers of the demagogue look for “spoils” – the license to exploit the ruled through the monopoly of public offices, profits to reward their political loyalty, and prizes to flatter their vanity.

The choice is nigh. Choose wisely.